[REQ_ERR: 403] [KTrafficClient] Something is wrong. Enable debug mode to see the reason. Shanghai reloaded – Extracts from my travel notebook | Streets of…

30.03.2012 – 3.30pm
Old City, Henan Nan Lu
So, here I am, back in the old city of Shanghai, drinking my first coffee since landing in China a few hours ago. I can’t believe it’s already 3.30 in the afternoon. I woke up late today having spent most of the night half awake, half asleep. How will I cope with this jet lag? Am I gaining time or losing time? I’m not sure, I just know that it will take me a week to come back to normal and settle in. Anyway, I am back to the red country and this is all that counts! And it’s exciting. I feel the city in my bones, like old people with the humid weather. Traveling is like an addiction, it runs in my veins and the fatigue that comes with it is no price to pay. 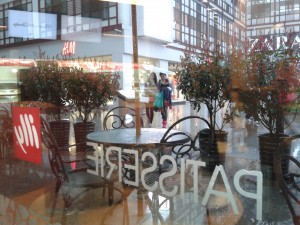 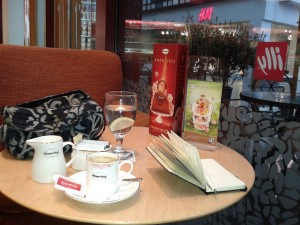 I take a pause from writing and frame pictures with my phone. There is no way I can carry a heavy camera with me now, I’m too tired and it’s raining. Quality doesn’t matter, it’s enough to record – sitting in a cafe`, sipping coffee, recovering from the eighteen hours journey and preparing myself to the new tasks ahead… more recordings, meetings with other artists and producers… cultural and emotional encounters… diving into the depths of my own ancestral memories, resurfacing through people’s acknowledging eyes.

I feel like I am walking on clouds. I always have troubles with landing.

I feel like watching from above and hearing from afar, as if everything had already been done.

I look through the window of the café. Have these experiences already lived me? Maybe there was no need to be physically back, only tap into my memory of the place. 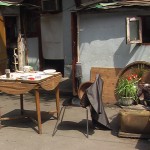 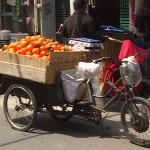 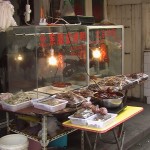 31.03.2012
Old City – Yuyuan Garden
I stroll around. The sun is shining and I am not sure about my plan for today. I feel strange not having a plan. Am I losing time? What was this project about? I have to remind myself, to catch up with it again after so many months of filling funding applications, meeting producers to gather support for the final installation, thinking about social media and their potential creative impact on the art work. In short, being dissociated from the art and sucked into the hard work that goes in producing it! What is this free time in my hands? I should be doing something practical, time efficient, not walking around the old city, which I know already, seen already, recorded already. This precious time in China, I cannot afford to lose it.

Then, all of a sudden, while my mind is occupied with these destabilising thoughts, I see flashes of red colour through the crowds. Something is moving through the narrow alleyways. What is it? I get closer and see a woman throwing red brocade on a canopy, while giving instructions in a loud voice to two men assisting her. Clearly they are in a rush. It looks like some kind of ritual or ceremony is going to take place. I don’t know what it is, but I decide to stay there and wait. I have time. It feels strange, but I have time.

Some minutes elapse, people circle around, everybody is waiting for something to happen, but no one seems to know what. 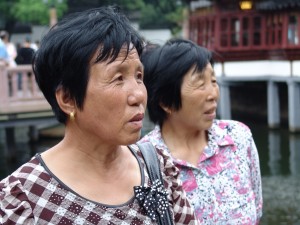 Suddenly, with a high pitch in her voice, the woman commands some instructions, the men lift the carriage and off they are, running through the narrow alleyways crowded of tourists and people selling all sorts of stuff. I run behind them, not sure if I should be filming or simply seeing what happens. Finally, I turn the corner and see the group again, with the carriage left on one side of the road, looking around in search of something or someone. Nothing is happening again. People pass by, peer in the carriage, take photos, and move on. I wait. I have time. It feels strange, but I have time. 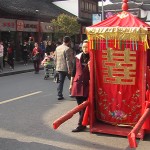 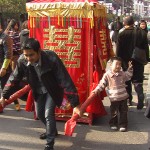 So I stand there for about half hour. The woman is getting nervous and looks at the watch every other minute. She exchanges some sharp words with another woman passing by. I don’t understand what they say, but something clicks in my mind, telling me that this is a wedding and the bride is running late. Can that be true? I ask the woman. Her English is poor, but she understands what I say and manages to communicate something like: “Yes the bride is late, very late!”

How extraordinary. In Tangier I had filmed a wedding procession in which a similar carriage, made with shining silver fabric, was used to carry a bride through the narrow alleyways of the Old Medina. Once again this project amazes me with its unexpected turns and revelations, the theory and practice of memetics, the journey of small cultural units traveling through times and lands carrying similar meanings.

Finally the bride arrives in a huge, white limousine – a mix of Saturday night in central London and tacky, spring time weddings in Naples. The crowd stops to watch, the woman gives her orders to the men, the bride comes out of the car, looks confused, asks for help and eventually gets on the carriage. 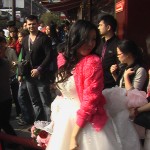 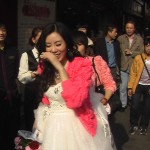 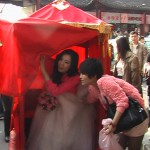 And so off they are, running through the alleyways and stalls of souvenirs, with images of Mao, traditional fans and anything else that can be sold on this planet. 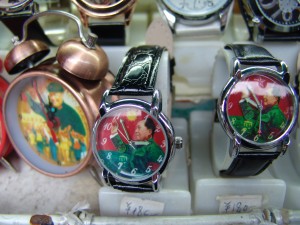 I record with my old, faithful camera. My heart is full of joy. The script was there, waiting for me. The only thing I needed to do was to give it some time.

04.04.2012 – 11am
Tin Ma Cemetry
What can I say, I had waited in anxious anticipation for it and now that I am here I realise it looks similar to the memorial day that takes place in Naples on 2nd November every year to celebrate the family members passed away. Everybody goes to the cemetry early in the morning to bring flowers for the dead and celebrate life with those still alive. In China, the ritual takes place during the Qingming Festival, the Tomb Sweeping Day sometimes in April depending on the lunar calendar.

Here, like everywhere else in the world, is home for me. The air is filled with the smell of incense, of paper burning in the humble metal bucks holding loving thoughts for the dead. The blinding light of the sun hits my tired eyes consumed by sleepless nights.

Danny arrived to the hotel quite early this morning to take me to the Tin Ma cemetery, one of the many in this overcrowded city. People in China are generally cremated when they die and the ashes brought by their children or grandchildren to the place where they were born. Every year the same ritual takes place: the family gathers on the tomb bringing flowers, food, drinks and the nice things the dead used to like, wishing for their eternal peace and praying for the family’s wellbeing, Danny says.

I wander around and take some video recordings, but only a few pictures here and there for the blog page. I cannot do too many things at once. 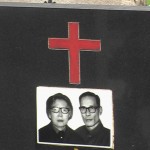 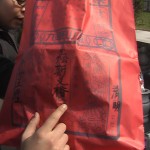 I come back to the tomb of our friend’s ancestors. I am moved by the ritual. I am not sure how I will edit this section, but I have a feeling that this ceremony is a key element for Streets of Shanghai. Yesterday I visited the Propaganda Poster Centre in the Old French Concession area. Together with posters spanning several decades, there were old black and white photos. One in particular had young people from the Tongji University with the caption saying: “During a time when there was only one voice in the air and only direction allowed people to move forward, color is fading from the life and those black and white can be the most suitable to bring the memories. Chinese history is full of stories and the Cultural Revolution has the most”. 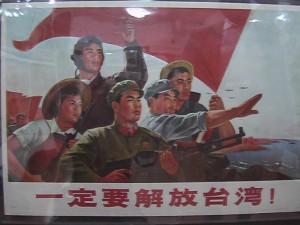 Chinese history… passing through the intricacies of the streets, branching down the deep, unconscious level of everyday life. I see people reliving the past through their love for the ancestors, a striking contrast to the leap into the future symbolized by the vertiginous heights of the city’s skyscrapers. Mirroring and mimicking the other… moving fast, hitting even faster. 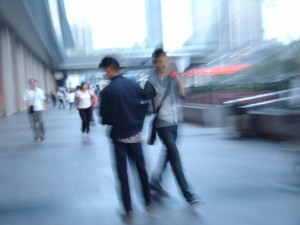 2 Responses to Shanghai reloaded – Extracts from my travel notebook